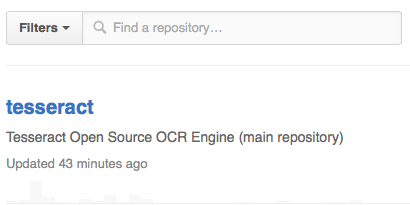 Swish-e can index xml data, and enable searching by tag. Here we push our org-mode indexing idea a little further. Initially we indexed org files as text. Then, we exported it to html, and indexed the html. That enabled some richer searching. Now, we will create an xml representation of the org file for indexing. This will enable us to use a custom tag system and search for specific text in tables, or src-blocks, or in headlines, or for headlines with certain tags, todo state or properties.

Incidentally, this is a general strategy for indexing arbitrary files. You just make an xml representation of the file containing the data to be indexed, and use swish-e to index that xml.

Let us start with code to generate xml. I adapted this from some code in Land Of Lisp . First, a function that simply prints a tag with attributes.

XML tags almost always come in pairs. We define a macro to make this happen here. The macro prints the opening tag, evaluates the body, and prints the closing body. Note that the body may contain other tags, or a string. The string should be escaped to avoid illegal xml characters.

Now, we can use this to get an xml representation of the source blocks, e.g.

So, finally we can map the entries to get some information about them, e.g. the tags, properties, todo state, etc… Then we create xml representing all that information so we can have a more precise search. Instead of looking for a word, we can specify that the word be in a property for example. Then, we make xml representations of the tables, src-blocks and paragraphs.

I am going to follow the example here that we worked out before on html and create a filter function that takes an org-file and spits out xml at the command line.

We could do more, e.g. links, or images, but this is pretty good for now. Now, let's configure a swish indexer. We instruct swish-e to use some metanames, and attributes so we can search on them later.

And now, run the index command. I did this at the command line. There might be some problems with the script as there were some warnings about non-zero exits, but there was only a few so we ignore them for now.

1 Examples of searching for org-files

1.1 Files with words in the filename

Here we look for filenames with the word "Extracting" in them.

Interesting we have to use the parentheses here.

Now, lets find documents with "Compiled" in a heading title with level=2

We can find documents with headlines marked TODO:

Find entries with a "slide" tag.

Evidently there is one file where I talk about slides in org-show.

1.6 Headlines with a property

Here I find documents with headlines that have thermodynamics in the property "categories".

That seems about right, according to http://kitchingroup.cheme.cmu.edu/categories.html there are 9 documents. I am not sure why they don't totally agree, but I can live with it.

Here are documents containing headlines with the property "TOTAL_ENERGY"

1.7 Documents with a Python source block containing a word

Find org files with diffusion in a python source block.

Interesting, again the parentheses are necessary to find a match. I think because of the dashes. The next example is similar, but finds an entry with that bibtex key in a CUSTOM_ID property.

This is pretty cool. There are still some bugs to work out in the indexing filter I think, but this demonstrates you can index org-files, and have pretty refined searches to find your files. There is still some thinking to do on how to schedule an incremental indexing, and whether we need more or better metanames. The indexing is not fast, but that is probably because I am running this through a FileFilter, rather than the -s prog option in swish-e. This is super promising to me though. Imagine building an agenda from files found with TODO headlines in them; a global todo list! Or, grabbing contacts from wherever they are. No more losing files you have not used in a while. Find all documents containing a citation. With some extra work, you could index links, citations, chemical formulas , or other types of identifiable content.

The logical conclusion of this work might be an ox-swish-e-xml export engine to render the org-file into xml, rather than the script I used here. It would be really great to get some refined output, e.g. rather than just get matching documents, get location information so you could open the document to the matching element. That might be out of reach for swish-e, but could be in reach for other programs like Sphinx that are more integrated with a database. There is a very interesting project here: https://github.com/wvxvw/sphinx-mode to integrate org-mode with the Sphinx search (http://sphinxsearch.com ) engine.

When we wrote about using swish-e before , we just indexed the org files as text. This worked pretty well, but we lost some resolution, e.g. being able to search for text in a headline. that is more possible if we index html or xml. So, here we try indexing the org files as html. It will be slower to index because we will filter each org file through a command that exports it to html, but hopefully it will be worth it for the enhanced search capability.

We will need a filter shell command that takes an org-file and spits out html. This command is shown as an emacs-lisp script here. This is a pretty bare bones export, and would lack the export of all my custom links from org-ref. I tried this, but org-ref outputs a lot of stuff to stdout when it loads, and unless I can figure out how to suppress that I don't want it here for now.

We try it out here:

And now, run the index command. I did this at the command line. A lot of output! mostly not being able to fontify source blocks because htmlize was not on the path, and a bunch of attribute parsing errors, and a few utf-8 errors.

And a test search for files with "selector" in a headline.

A phrase in a headline.

Sweet. How about all documents containing this citation: